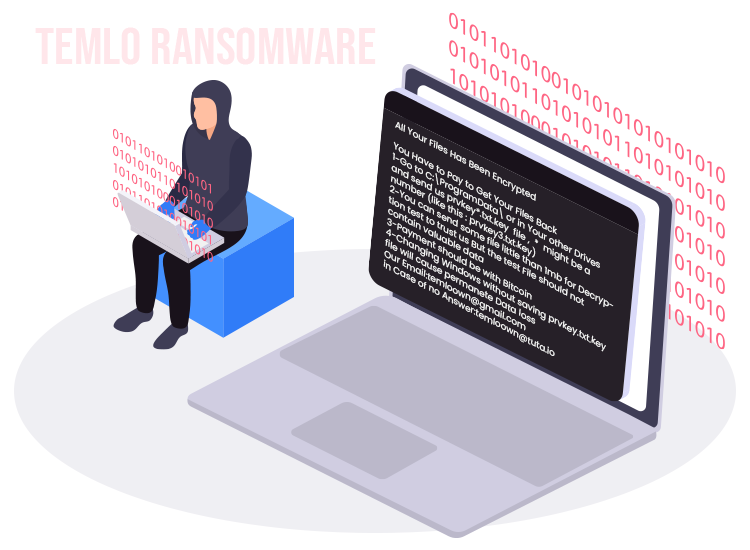 Temlo ransomware is the name of a malicious program that belongs to a family of viruses called VoidCrypt. This ransomware-type virus is created and distributed by hackers to encrypt user’s files stored on the compromised system and demand ransom payment for decrypting them. It uses a strong AES-256 algorithm to encrypt all kinds of stored data or files including text, audio, videos, images, and other important files.

If you cannot open or access your files stored on the computer system, it is a sign that your system is attacked by a dangerous ransomware-type virus.

Do you want to get rid of this nasty Temlo ransomware infection and access your files without making ransom payments to cybercriminals? If yes, then read this guide to learn how to remove Temlo ransomware virus and retrieve your affected files with alternative means.

Temlo ransomware is a type of data-locking malware that seeks to trick its victims into paying the ransom. It uses powerful encryption algorithms to render victim’s files unusable and then compels them to purchase a decryption key/software from the ransomware developers.

During the encryption phase, it changes the name of the compromised files by adding the “.temlo” extension to the end of their filenames as its signature. For instance, it renames a file initially named “1.jpg” to “1.jpg.temlo”, “2.mp4” to “2.mp4.temlo”, and so on.

Once it is done with the encryption procedure, it creates a file named “Decrypt-info.txt” as its ransom note and drops it onto the victim’s desktop and compromised folders.

The message written in the text file (ransom note) states to victims that their files have been encrypted and can only be accessed by a decryption software. To get the decrypter, it instructs victims to contact the ransomware developers via the provided email address.

How Does Temlo Ransomware Infect Your Computer?

The most popular and effective methods used to spread ransomware-type programs like Temlo are as follows:

How to Remove Temlo Ransomware?

The simplest and most effective way to detect and remove this ransomware infection is to perform a full system scan using a powerful antivirus or anti-malware software. After the ransomware is removed, you can either make use of your backup data or get a reliable third-party data recovery tool to restore encrypted files.