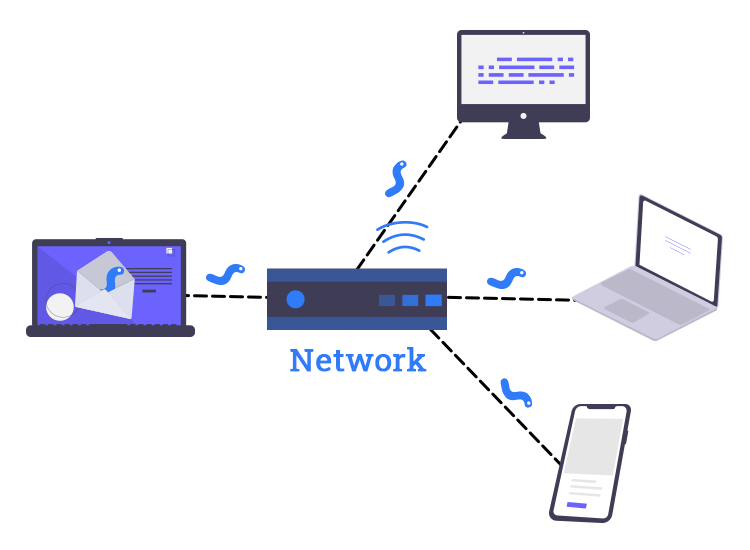 Computers worms are one of the most common types of malware. The primary function of these types of malicious programs is to infect other targeted computers while remaining active on infected systems. Let’s discover a few things about protection against computer worms.

In other words, a computer worm is a kind of self-replicating malware that makes copies of itself in order to spread to other computers.

Worms generally use a computer network to propagate itself, relying on software vulnerabilities on the target system to invade it.

In order to gain access to the target computer, they also tend to exploit parts of an operating system that are automatic and invisible to the user, making them extremely hard to detect and remove.

Primitively, worms were spread through infected storage media devices like floppy disks, which when inserted into the system, would infect other external devices connected to the victim’s computer.

Computer worms use recursive methods to make multiple copies of themselves without host program or human initiation and distribute themselves based on the law of exponential growth to infect more and more target computers in a short span of time.

To do so, it often exploits the vulnerabilities of software applications like Microsoft Outlook to mass mail itself to other recipients present in the victims’ email contacts list.

How to identify if your computer has a worm

Here’s are some of the common signs that will help you reflect the presence of a worm on your computer:

How to protect yourself against computer worms?

Now that you know about the computer worms and how they spread, it is important to protect yourself against such intrusions before they cause any damage to your system.