What is DNS Hijacking? How to Detect & Prevent It? 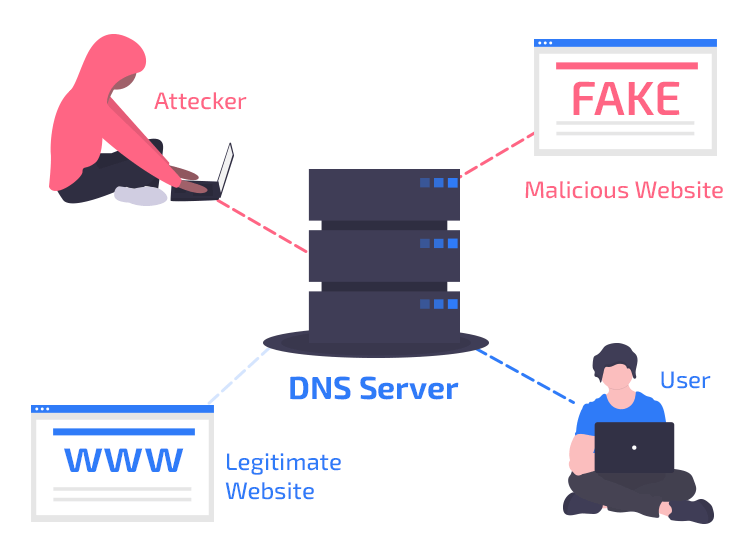 Domain Name Server (DNS) hijacking, also known as the DNS poisoning, is a practice of intercepting DNS queries in an attempt to redirect users to malicious, third-party websites. So, how can we detect and prevent it?

In order to carry out an attack, cybercriminals either use malware to override a computer’s communication protocols to take control of a DNS server, or intercept or hack DNS routers.

Criminal perpetrators of DNS hijacking attacks exploit these vulnerabilities to fulfill their malicious purposes such as phishing (in this context, hackers use spam emails, fake download portals, etc. to steal users credentials), pharming (redirecting a website’s traffic to another, malicious website).

Other than that, many Internet service providers (ISPs) from around the world, use a type of DNS hijacking for self-serving purposes, like taking control of users’ DNS requests to redirect them to unknown domains where advertisements can be served.

Also, some governments use DNS hijacking to block access to certain domains as a form of censorship so they can redirect users to government-approved sites.

There are five types of DNS redirection attacks from which you need to protect yourself from. Let’s have a quick look at them:

How to Prevent DNS Hijacking & Protect Yourself

Now that you know about the DNS hijacking and its forms of attacks, it is important to guard yourself against it to prevent unauthorized people from snooping on your sensitive data.