What is a UDP Flood Attack? Prevention and Mitigation 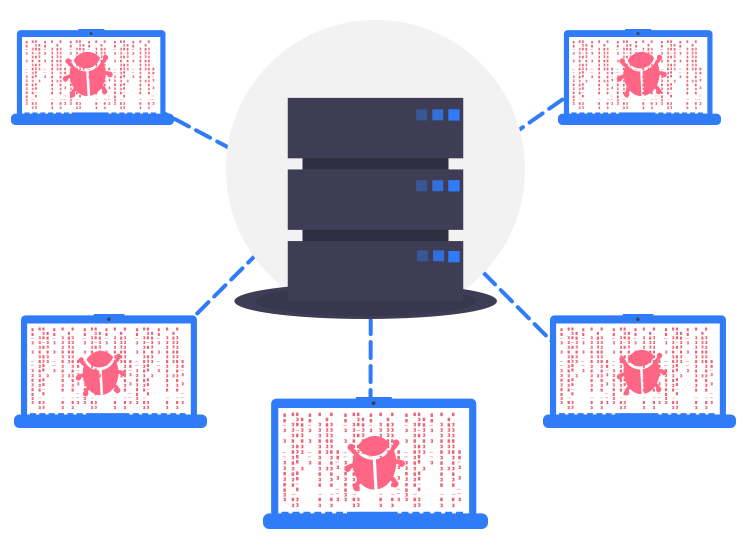 A UDP Flood attack is a form of DoS attack (Denial of Service attack) where a massive number of UDP (User Datagram Protocol) are sent to a selected server. It is done to overload the system and hampers its ability to respond and process requests promptly.

Apart from this it can also exploit the firewall system for your device and prevent you from receiving legitimate traffic. Here the attackers may also use fake IP addresses to maintain anonymity and ensure that any of the ICMP packets do not reach the host server.

Unlike TCP and VoIP traffic UDP traffic is not a three-way handshake process and does not require multiple checking which makes it vulnerable to attacks and digital abuse.

An initial handshake is used to authenticate the connection however its absence in a User Datagram Protocol results in a high volume of traffic sent to the server without any initial check and protection.

Apart from this, UDP Flood attacks are also used to execute “alphabet soup attacks”. Since UDP does not put any restriction on the packet size, attackers can use it to send large packets filled with junk and useless text to host an attack. Here when the receiving port checks the receives and checks the garbage-filled UDP packages it replies with an ICMP Destination Unreachable packet.

One of the most common mitigation methods used by operating systems is limiting the response rate of ICMP packets. It works well in most of the cases but due to its indiscriminate filtering mechanism, it also has a great impact on the legitimate traffic.

Apart from this the use of a powerful firewall software also helps you counter a UDP flood attack. Such software is specifically designed to block and filter out harmful UDP packets but keeping in mind the high-volume attacks this method has become quite irreverent.

What will best protect you from becoming a victim is Imperva DDoS protection. It uses Anycast technology to optimize the attack load across its many high-powered scrubbing servers. It also inlines traffic processing for you and blocks all malicious and infected DDoS packets for you. Its filtration methods are based on abnormal attributes, IP reputation, and many other factors.

It works in real-time and on a zero-day delay mechanism that ensures that only and only legitimate traffic reaches the targeted server.