What Is And How To Prevent A DDoS Attack? 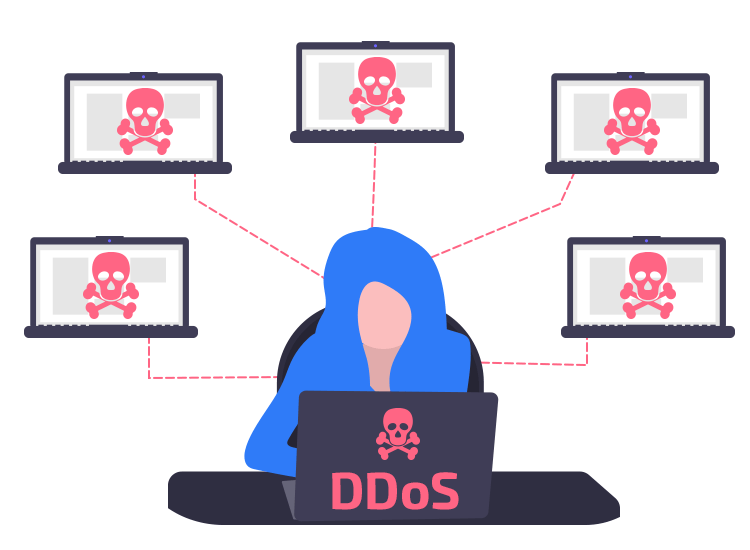 A distributed denial-of-service (DDoS) attack is one of the most notorious forms of cyber-attacks. The DDoS attack is a malicious attempt to take down the machines, online services or networks by overwhelming the targeted servers with a flood of fake Internet traffic. How can we prevent or mitigate a DDoS attack? Let’s find out.

In short, a DDoS attack is like a traffic jam clogging up the entry and exit points of roads, averting normal daily traffic from reaching its desired destination.

Criminal perpetrators of distributed denial-of-service attacks generally exploit the computers and other networked resources such as IoT devices.

The main objective of a DDoS attack is to overwhelm them with superfluous requests that the server or network resource can accommodate in an attempt to prevent legitimate users from accessing your website.

How does a DDoS attack work?

In order to carry out a DDoS attack, the hacker needs to gain control of a host connected to the Internet and send more requests than the server or network can handle.

Initially, cybercriminals exploit the security vulnerable systems and other computing devices (such as IoT) and infect them with malware, turning each one into a bot or zombie computer.

The attacker then remotely controls the army of bots, which is called a botnet. Once a botnet has been created, the attacker can send direct instructions to each infected computer via command and control servers (also known as C2 servers).

What is the Goal of a DDoS Attack?

The main objective of an attacker that is leveraging the DDoS attack method is to exceed the targeted server or network capacity to handle multiple requests. It may impact the targeted services in following ways:

How to Prevent DDoS Attacks?

We have talked extensively about how DDoS attacks work and what’s the goal behind such nasty doings. Now, let’s have a quick look at some of the prevention tips to protect your website from DDoS attacks: