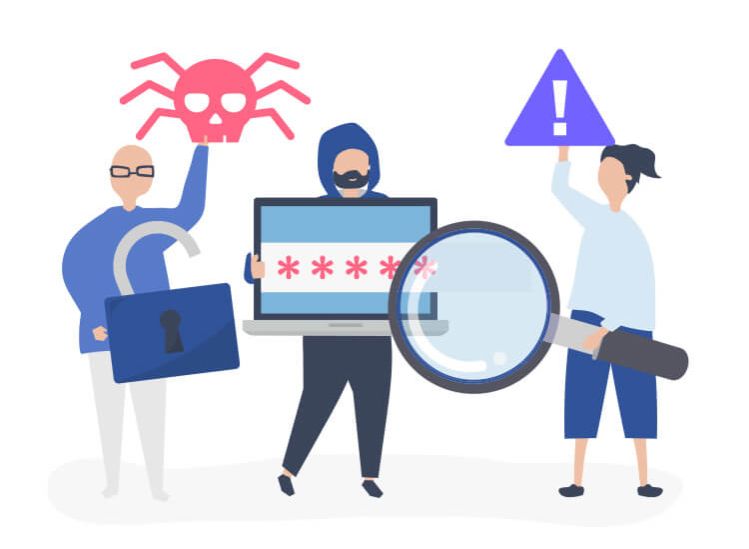 Rietspoof malware is a notorious multi-stage malware strain with capabilities of combining a wide array of file formats to stay concealed and drop multiple payloads and other dangerous malware strains into the targeted system without the users’ consent.

Rietspoof uses a multistage delivery system to gain persistence on infected hosts. The infection routine of successfully delivering a Rietspoof malware strain is made up of four different stages that are explained thoroughly in the below section.

From combining diverse file formats to download a potentially more versatile malware strain, each stage has its own distinct features. As per the cybersecurity experts, in the first stage, malware authors spread the Rietspoof via instant messaging services, such as Skype and Facebook Messenger.

With the help of spam and email messages, hackers distribute a highly obfuscated and encrypted Visual Basic Script into the targeted victim’s system. The VBS comes loaded with a CAB file which gets expanded into a .exe file, containing a valid digital signature certificate.

This executable file later in the fourth stage installs a downloader. In stage 3, the Rietspoof malware uses a basic TCP (Transmission Control Protocol) protocol to communicate with a central command & control (C&C) server, which encompasses a hardcoded IP address in binary values.

The protocol is encrypted by AES (Advanced Encryption Standard) in Cipher Block Chaining mode, and also often tries to influence HTTP / HTTPS requests. After the successful infiltration of Rietspoof, the malware attackers gain remote access to the victim’s computer system and further carry out their malicious activities without the knowledge of the user.

How to Protect Your System from Rietspoof Malware

Cybercriminals and malware authors are constantly developing new tactics to make their virus infections more resilient and damaging than ever before. Therefore, to protect yourself from being a victim of cybercrime, the first thing you should do is upgrade your cyber defense systems at home and office networks. If you don’t already have security software installed on your system, then get a reputed anti-malware software to create a shield against all kinds of malicious threats out there. In addition, follow all the necessary internet safety rules to stay safe and surf the web freely.