What is a Man-in-the Middle Attack? How Can We Stay Protected? 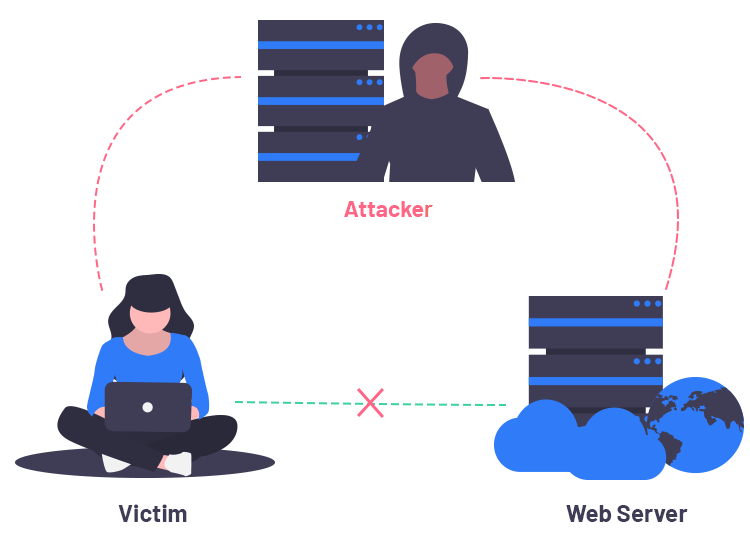 The term man-in-the-middle attack (MITM) – in cryptography and computer security – refers to the kind of attack where the attacker is in the middle of two communicating parties. The two parties are unaware of the presence of the middleman. So, this middleman acts by relaying and altering the communication happening between two parties in an uninformed and non consensual manner.

Eavesdropping is a common example of MITM attack. The attacker intercepts and relays the communication happening between two people who are using a private connection for interaction.

The attacker not only intercepts the verbal or non-verbal messages and transmits them but is even capable of tampering it by injecting new and fake ones into the original message.

One prominent example of MITM attack is the Equifax 2017 incident when Equifax had to withdraw its mobile phone apps after concerns were raised over MITM vulnerabilities.

Seven types of MITM attacks are:

How is a man-in-the-middle attack executed?

The common method in which man-in-the middle attack is carried out is via phishing attacks, predominantly. It involves sending fraudulent messages or emails to targeted users. These phishing messages and emails appear to be coming from trustworthy sources.

Usually such mails and messages contain a malicious attachment or web link, which upon clicking leads to auto-downloading of malware onto the targeted device.

Once the malware is installed on the browser, it then begins data transmission occurring between the victim’s device and specific websites like banks to the cyber exploiter.

Here are few ways to safeguard your device, data, and connections against MITM attacks.