What is a Trojan horse? How does it work? 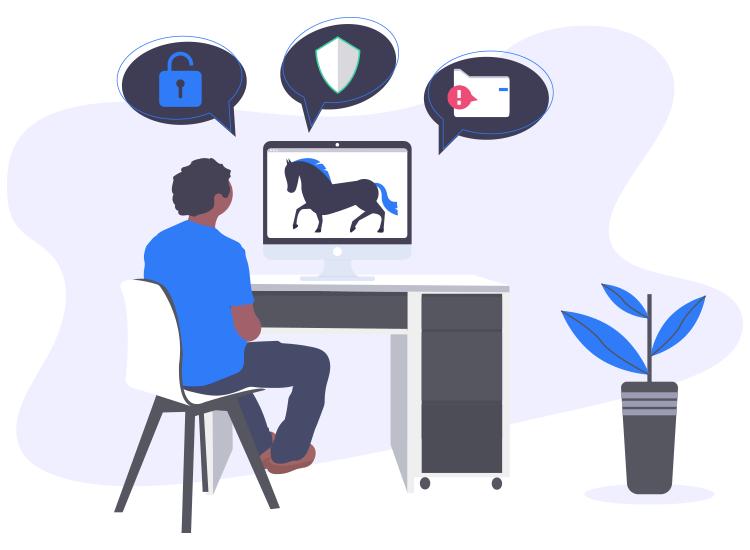 Named after the mythical Trojan horse (which was designed by the Greeks to ambush attack the citizens of Troy), Trojans are a kind of malware that gain full control over your system in order to damage, disrupt, steal, or harm the system or network.

Though they masquerade as a legitimate application to gain entry into your system, they secretly trick you into downloading and installing malware on your device. The Trojan then performs the designated actions on the host device.

One difference between viruses and Trojans is that viruses can multiply but a Trojan cannot multiply.

One famous example of a severe Trojan attack is the impact of the Emotet banking Trojan. Emotet was designed to steal financial information of the hosts and its activity reportedly was at its peak during the last few months of 2017.

Rakhni Trojan surfaced during 2013 that was capable of delivering ransomware or a cyptojacker into the infected systems.

Common Trojans include the following:

How do Trojans operate?

Generally, they may gain access to a host system via a phishing mail attachment. Several mobile devices also become prone to fake apps that are in fact, Trojans in disguise.

Once users click on the phishing email attachment or install these fake apps on their mobile devices, then it takes control over the device and carries out the operation for which it is designed.

Ultimately, it is essential to remain alert and cautious and stay away from suspicious emails and websites.